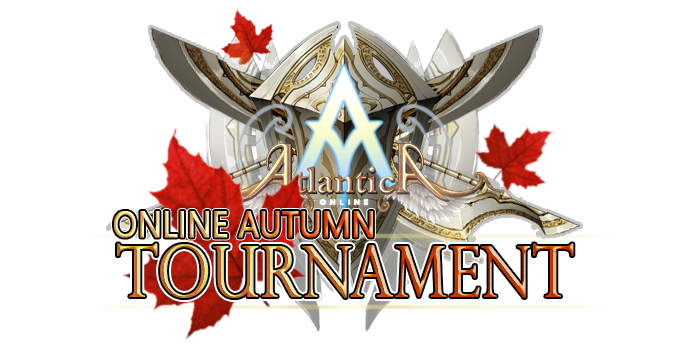 Another season has passed and marks the start of a new battle between legendary heroes.

Leaves may fall but these warriors will never falter.

The time has come to prove to the world of Atlantica that you have what it takes to be called the Autumn League Champion!!

The second Atlantica Seasonal Championship Tournament has been announced! VALOFE will be hosting a number of matches that only battle-ready players can participate. Tons of prizes are waiting for the taking.

During the whole month of November, we will be scouting for the Top 16. I repeat top 16 players of the leagues on all servers combined.

Players with the highest league points will be invited to compete at the seasonal tournament. Each player will be invited on a special discord channel where everyone will be briefed in detail.

To be announced soon.

3. Titan Champions can be invited also to join in the seasonal tournament regardless of Rank.

4. Once the 16 players have been confirmed, the tournament will begin.

To make everything much more interesting, spectators will also have the power to control the fates of the participants.

A poll wil be posted on our Facebook page for the players to decide on what mercenary to ban for the whole span of the tournament.

The poll will be posted on the last week of November and the results will be announced after.

During the month of November, we will be announcing when will the Titan Championship will be implemented again for our titan enthusiasts.

Witness on who amongst the chosen 16 will remain and be the victor! The Search for the grand league champion starts now!